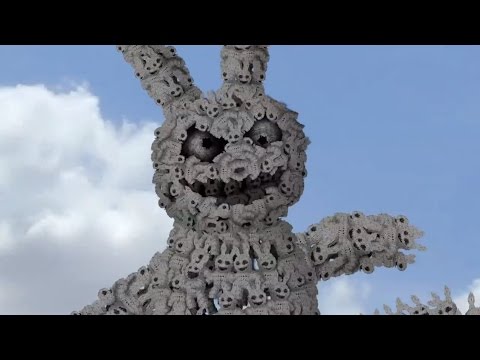 As Shakespeare once wrote: “All the world’s a rabbit”.

When I first had the idea for this video there were 7 billion people in the world, and I wanted to see what 7 billion of something actually looks like. I’m not entirely sure if I managed to create that many rabbits as I gave up counting them, and meanwhile 400 million new people appeared, so perhaps my work will never be done.

Still I got a funky video out of it, and now you have too. Enjoy

Jon Snow: King in the North